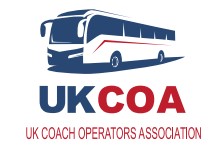 Transport for London (TfL) has launched five new mobile safety cameras to tackle the risk and harm caused by speeding across London. Police data shows that half of fatal collisions in London have speed as a factor.

The new laser cameras are being operated by a team of Police Community and Support Officers. The ability to relocate the equipment means that they can be used to target non-compliant ‘hot-spots’ and in areas where local communities are concerned about speeding on residential roads. Since the new cameras have been in operation, 9,500 speeding offences have been enforced, including one driver who was travelling at 90mph in a 30mph speed limit.

TfL has been working with the Met to increase the level of police enforcement and tackle speeding, with the aim of having the capacity to enforce up to one million speeding offences by 2024/25. Collision data shows that the speed at which people are driving or riding is the single most important factor in whether a crash takes place and how severely people are injured.

It is good to see that TfL continues to put road safety at the top of its agenda. There have been too many accidents, some where coaches and buses have been unintentionally caught up in, that are as a result of speed. It is important that our professional drivers know that those responsible for the road network in London take this seriously, and that this is another step forward in TfL’s Vision Zero goal of eliminating death and serious injury from London’s roads by 2041.

It was recently announced that TfL and London Councils have extended the capital’s trial of rental e-scooters by 24 weeks from 6 June until 20 November this year, which will allow time to further explore how e-scooters could play a role in providing sustainable transport in the future.

London’s trial launched in June last year and now has ten boroughs, more than 500 designated parking locations and 4,100 e-scooter vehicles involved. Updated Department for Transport (DfT) guidance allows existing trials in the UK to be extended until November 2022, enabling local authorities to continue to test the vehicles in a safe and legal way.

This is good news as there has been some concern about the emergence of e-scooters and a few high profile fatalities that followed. Other road users, including coach and bus operators will be relieved to know that TfL and the DfT have taken this on board so that a sensible set of regulation over their use can be developed and implemented as soon as possible.

This article is an extract from the advice contained on the Government website. For full details you can read the article here. Buses and coaches You currently have to learn to drive and pass a driving test in a bus or coach (category D) before you can learn to drive and take a test in … END_OF_DOCUMENT_TOKEN_TO_BE_REPLACED

Air Pollution and TfL Finances Last month a new report commissioned by the Mayor of London was released, outlining the action required to reduce air pollution and cut congestion in the capital. The Mayor is determined that London reaches net zero by 2030, but it requires car traffic in the capital to reduce by 27 … END_OF_DOCUMENT_TOKEN_TO_BE_REPLACED

To allow for various road works to take place on both Belvedere Road and Chicheley Street road closures and restrictions will take place as follows from Monday 14 March 2022: Monday 14 March to Monday 18 April 2022 Coaches and tour buses will only be able to access the area in a clockwise route entering … END_OF_DOCUMENT_TOKEN_TO_BE_REPLACED