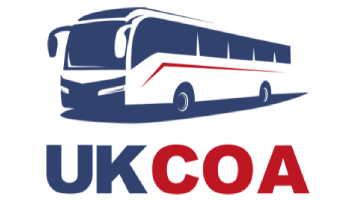 Last month a new report commissioned by the Mayor of London was released, outlining the action required to reduce air pollution and cut congestion in the capital. The Mayor is determined that London reaches net zero by 2030, but it requires car traffic in the capital to reduce by 27 per cent if climate change targets are to be met.

More than a third of car trips made by Londoners could be walked in under 25 minutes and two thirds could be cycled in under 20 minutes.

This is an ambitious target, but essential in the eyes of many especially from a congestion perspective. Traffic levels in many parts of London appear, anecdotally, to be back to what they were before the Pandemic, especially at school and commuter times.

Ideas being considered to restrain traffic include:

These ideas are still being considered but one or more of them are likely to be consulted on in the coming months. The one of most concern for coach and bus operators is the Greater London boundary charge; the implication is that this will be for cars, but the documentation says vehicles. This will be something the UKCOA keeps a close eye on.

And finally, TfL’s funding agreement has been extended for a further two weeks until 18 February 2022. This continues to be a stop / start situation, but allows no long term planning for transport in the capital. Undoubtably some of the schemes mentioned above will raise revenue for TfL but these will not be ready for a year or two yet. In the meantime, something needs to happen now to tackle congestion and allow coaches and buses to run freely in London.

New mobile speed enforcement cameras launched in London Transport for London (TfL) has launched five new mobile safety cameras to tackle the risk and harm caused by speeding across London. Police data shows that half of fatal collisions in London have speed as a factor. The new laser cameras are being operated by a team … END_OF_DOCUMENT_TOKEN_TO_BE_REPLACED

From the Office of the Traffic Commissioner: Have you changed your contact details?

If you hold an operator’s licence it is important that your email address, telephone number and postal address held by them is correct. If your contact details are not correct you may not receive important correspondence from the traffic commissioner that may affect your operator’s licence. To check, log into your VOL self service account today. If … END_OF_DOCUMENT_TOKEN_TO_BE_REPLACED

There will be a demonstration taking place opposite the Indian High Commission on Aldwych. A barrier plan will be implemented by the police and to facilitate this there will be a lane restriction on the eastbound carriageway. Friday 5 August 08:00 – 18:00

Due to roadworks, there will be a full closure of Bridge Street between Victoria Embankment and Parliament Square. Westminster Bridge will be closed to most vehicles and it is unlikely that coaches will be allowed. 05:00 Thursday 7 April until 23:30 Friday 22 April

HGV and PSV inspection manuals have been updated

Updated HGV and PSV manuals were published on 11 April 2022. You can read the updated HGV and PSV manuals on the gov.uk website. The changes come into effect from 1 May. The DVSA is contacting operators now to make them aware and give them time to prepare their vehicles for their annual test. The main changes … END_OF_DOCUMENT_TOKEN_TO_BE_REPLACED

After a landmark legal case, it’s no longer just full-year workers who need 5.6 weeks’ annual holiday. You need to provide this for all staff, even if they don’t work for you every week of the year. If this ruling affects your workers, you need to change way you calculate holiday pay and leave… or … END_OF_DOCUMENT_TOKEN_TO_BE_REPLACED